The idea of this project was given by Jeff Clark’s Word Portrait on his website neoformix.com, which shows an image of Albert Einstein only consisting of the text “Genius”. Fiete Botschen and I decided to take this image as inspiration for an University Computer Vision course project back in 2015. We successfully implemented an algorithm which generates similar “Word Portraits” like the one from Jeff Clark.

Till 2015 this project was put on hold. In January, 2018 I started to refactor and optimize the code by using a summed-area table, which boosted the run-time overwhelming well. Furthermore I implemented some sub-modules based on this algorithm, which allows for creating images consisting of Triangles, Circles and Rectangles.

The source code is open source and available on Github: https://github.com/ckreisl/artwork/ 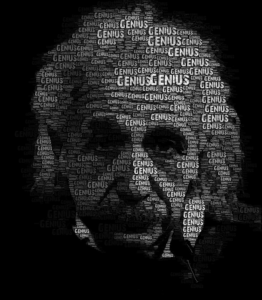 For the result above I used this Image of Albert Einstein with the free Font from www.1001freefonts.com.

Basically what this algorithm does is the following:

Besides words, other shapes can also be rendered. Compared to Words the runtime is much faster here. Examples of the different variants can be seen below. 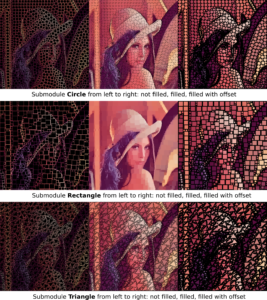 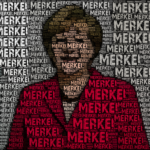 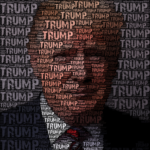 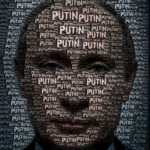 More information about the installation setup can be found on Github (check link below).

If you have any questions feel free to contact me.