“FingerFinger Revolution” is an addictive, 8-bit-style arcade game that focuses on quick and short sessions. Improve your speed and accuracy to get the best highscore. Many achievements are implemented to further improve the fun and replayability of the game.

In “FingerFinger Revolution” you have to be swift and accurate. White circles appear on screen and start to grow in size. If you let them get too big, they explode and the game is over. Your goal is to click the circles and despawn them by doing so. But: the spawn and grow rate constantly increases as the game progresses, so be quick!

“FingerFinger Revolution” – sounds weird, right? Funny and pun-intended naming is kind of our thing. We enjoy coding even more, when a function is called GetRectSun(). But before explaining the name of the game, I should first explain how we got the idea of this years Codevember.

2014 – one year prior – was our first Codevember ever. We were stoked and excited to get started on coding, making music and designing a game. As you may know by now, we had too many ideas and too little experience. At the end, we didn’t have a finished product or even a prototype as planned. We were kinda bummed out. But we learned our lesson and wanted to improve and manage our expectations for the following Codevember in 2015.

From the start, we knew we had to keep a low scope. The goal was to create a simple and easy to understand game, which would be fairly straightforward to implement. Graphics and music had to be finished in 2 days as well, so we decided to create an 8-bit clicker-game -> simple graphics, subtle sounds and straightforward controls.

As it was our first time using Unity3D we needed a lot of time preparing for the actual development process. Setup Unity with Android components, setup an IDE, setup a git repository and a workflow for multiple people to work on the same project. A lot of it was prepared in advance as we learned from our mistakes the year before. We began working in separate teams: Game Design, Coding Game Mechanics, Coding UI, Creating Graphics as well as Creating Music and SFX.

I have to take a short break and show you our awesome soundtrack for the actual gameplay. Keep in mind, it’s a “stressfull” game, keeping you on the edge and needing you to click as fast as you can.

While we’re at it, here’s out main menu music … with real guitars!

Ok, back to it. After we managed to build our first prototype, we wanted to put some more content into the game to improve the games’ replayability. So we added a local highscore and (funny) achievements. 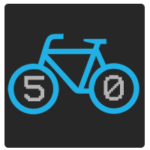 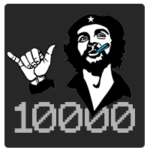 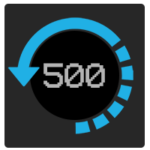 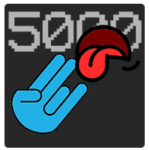 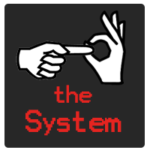 clicked a circle out of sequence 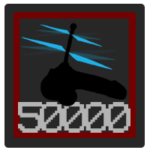 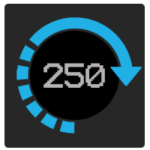 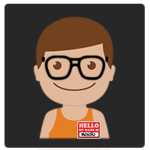 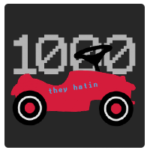 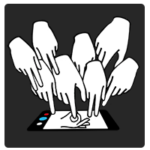 used too many fingers at once

One thing left to do: Give our baby a name. After intense brainstorming, we agreed on naming our game after an inofficial successor of the famous “DanceDance Revolution” series. There are some similarities (you have to dance with your finger), but manly because we just thought its a funny name.

We were ready to release our first game as Codevember and we finished it in our planned timespan. Only some minor tweaks on the app and preparation left finally publish the result to the Play Store. It really felt good to share the result with our friends and families. There even were some highscore battles going on at some point and cheating attempts to further push the highscore of some individuals. It’s awesome to play and enjoy the work you’ve helped creating. 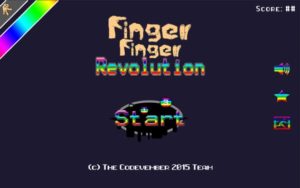 1.5 years later, Mathias added some minor quality of life improvements, distractor circles and a slow motion feature to the game, to make it a little bit more interesting. Awesome!

In the end the game didnt get as much traction as other projects of us eventually got, but that doesn’t minimize our fun and the eventual pride we had developing and sharing it. We are pretty proud of the result. Simple and fun game mechanics, catchy sounds, good replayability and most of all – our first release as CodevemberTeam. FeelsGoodMan!

Sidenote as always: Since this game is for free and this whole project is on a voluntary base, we would be happy if you could spread the word, drop us a rating and review or just enjoy our games with a smile!